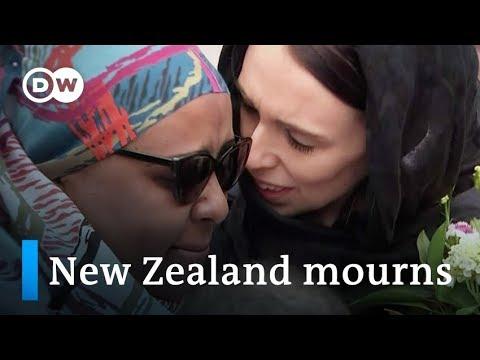 Tributes around the city are piling ever higher as grief sets in. New Zealanders are finding ways to express their sorrow over a massacre in their Muslim community. For now it’s still a crime scene, but police are picking up flowers to take closer to Al Noor mosque where dozens of people were slaughtered during their Friday prayers. On the other side of the park, Christians weep and pray for their fallen Muslim neighbors. One woman has brought an art project meant to show the bond between the two groups.